Blooks: The Art of Books That Aren't opens at the Grolier Club (January 27)

"Wow" is the word I heard most often this week, since my show at the Grolier Club opened this past Wednesday. It's pretty much the most amazing week I've ever had, although I'm too dazed to appreciate it fully. At this moment my prominent emotions are gratitude to others for their support throughout the project and relief that everything worked out (next week I'll probably be walking around wearing sunglasses, giving autographs). By Saturday, the show had an astoundingly large review both in the New York Times by Jenny Schuessler and an equally impressive but different one in the Guardian by Rebecca Barry, and a charmingly written listing in the New Yorker. Tomorrow I'm being interviewed for CBS Sunday Morning on TV! I'm going to report more to you about it but I wanted to put something now on the blog to acknowledge how things are going for blog readers because you might be wondering why you haven't seen a post yet.

For those of you who can't make it to my show, exhibitions manager Jennifer Sheehan took photos and posted them on Flickr.

Cara Schlesinger (editor of my book) took this picture of me looking tired and shellshocked when I opened the NY Times and seeing the article and my photographs on the front and back pages of the Weekend arts section. This was shot after we were screaming and jumping up and down for awhile: 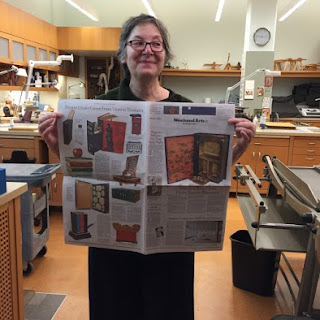 Here is Jenny Schuessler, the author of the NY Times article. We are at the Grolier Club last Wednesday. Both she and her editor came to the opening, which was so nice. 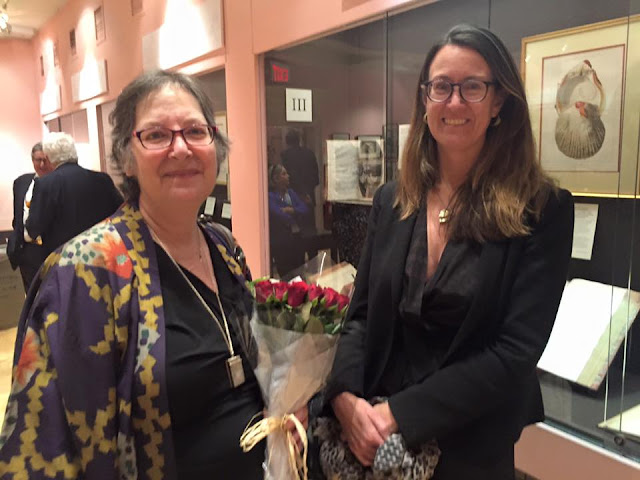 Here are the blook chocolates I made as party favors for the opening. Spent Martin Luther King's birthday and the blizzard Saturday perfecting my technique, it was hard to stop the white chocolate at the end of the text block: 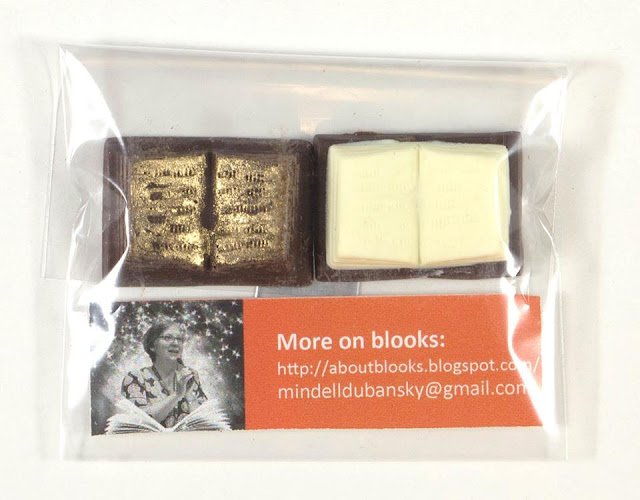 The installation for the hallway was challenging because of all of the little things that had to be carefully mounted. Mark Tomasko led the effort, here assisted by Mary Schlosser. Both of them also mounted my Alice C. Morse show years ago. Talk about loyal Grolier Club volunteers! 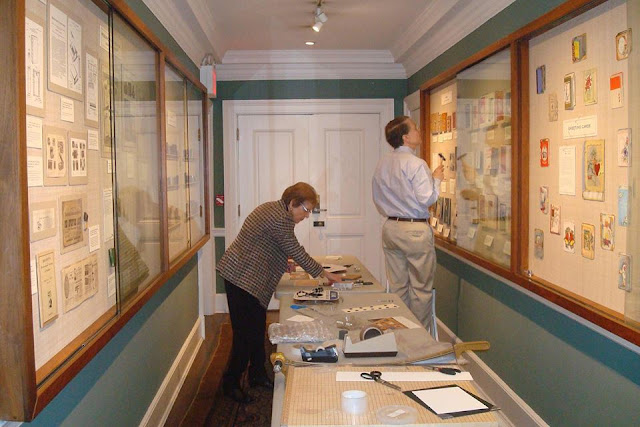 The day my book arrived from Korea. It's doing well so far. Lots of individuals have ordered it, libraries are starting and it's for sale in several bookstores, including the Metropolitan Museum of Art bookstore and the Morgan Museum and Library store. 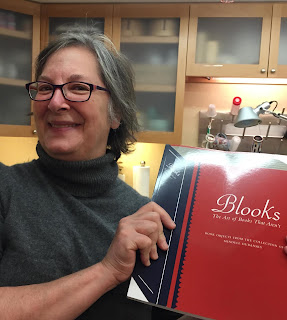 Since the show opened, I've gotten so many emails and letters with pictures of blooks, like this amazing sewing box sent by textile conservator Kathleen Kieffer: 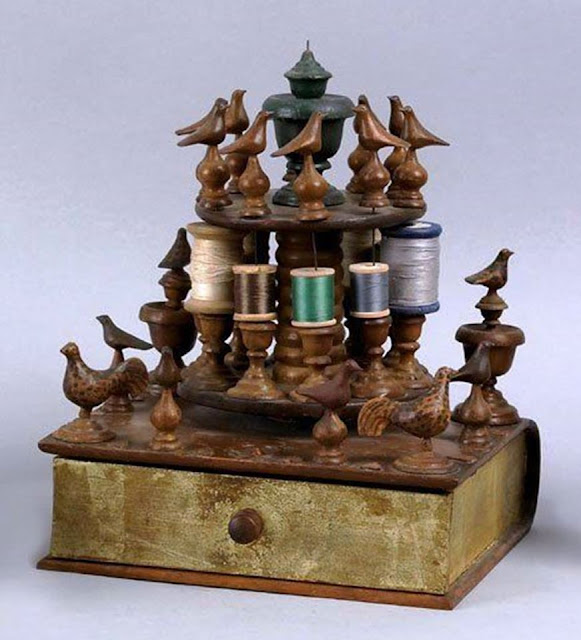 Posted by Mindell Dubansky at 3:13 AM