Beyond the Elephant Folio - History of the United States

Wrote the book on: know everything there is to know about;
be the expert on (chiefly North American)

The United States Rubber Company was founded in Naugatuck, Ct. in 1892. In the 1920s, United States Tires apparently published a substantial history blook with descriptions of Amercian towns. They are quite respectful of the codex format and the billboard book has the weight and authority of a heavy reference book. The undulating pages, realistic spine flexibility, endbands and squares all show the maker's understanding of how books are made. While the binding is solid, the imagery is a little confusing to my modern eyes. What's that feather pen and ink well doing there? I suppose it's intended to be a freshly made manuscript.

So far, Rhinebeck, New York, Norwalk, Ohio, Oldsmar, Florida and Fresno, California are the cities or towns I have seen with billboards. I am hoping to find a press release or published explanation of this ad campaign. I'd like to know who designed them, how many were made, for what cities, the dates they were in use and the specific design intentions.

I love this billboard and usually use it as the first slide in my blook lecture. It reminds me of the cartoons I watched as a child in which the books opened at night and all of the characters jumped out to play. It's satisfying to see such a large open book, it represents how I often feel when I'm reading a good book - totally enveloped.

(Note: the Miami billboard below is an update on this post, I'm still finding more.) 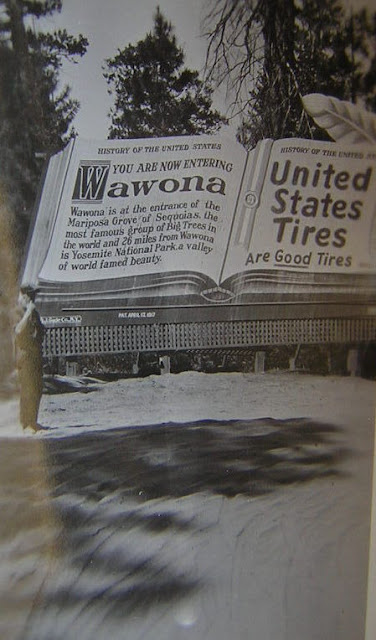 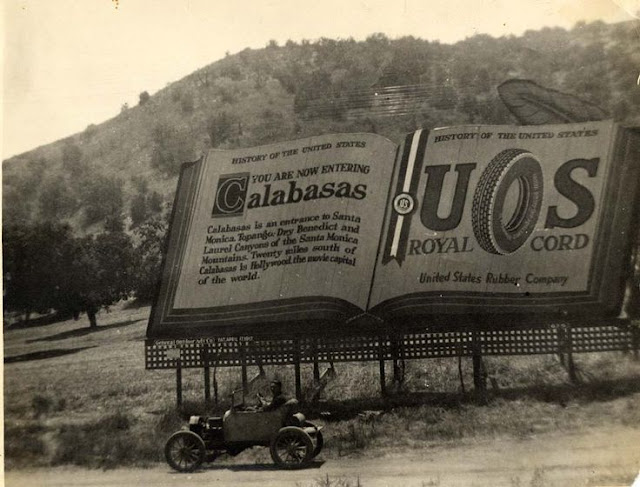 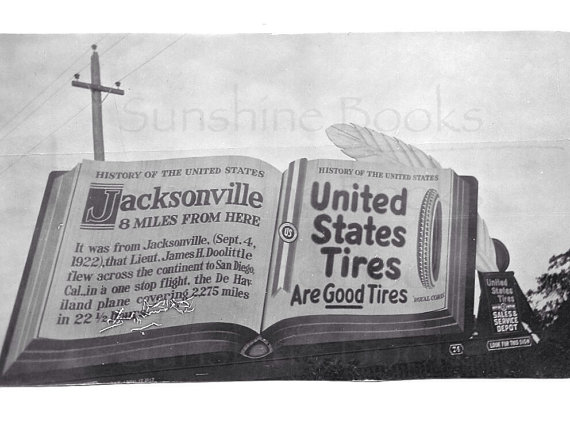