Miniature Mysteries of R. Vernon Cook, or, How I Began Collecting Magic Blooks

I came late to the category of magic, simply because I didn't know it existed. After I finished the draft of my collection catalog and could see the scope of my collection, I asked myself if I had overlooked any particular genres of blooks and I thought about magic, among other topics. Now, I can't remember what made me think of it. I think I saw a 'hot book' or 'book test' and it got me started.  I looked around on the Internet for someone to talk to and the first person I contacted was Larry Kahlow owner of Eagle Magic and Joke Store, the oldest magic store in the country. Larry later sent me a wonderful personal story about another prop, the Dove Book, but that's for a later time. In any case, after several forays into the world of magic I began to understand bookish magic props and to put them into context.

It's rare to find a blook that is an 'association copy' or one whose owner or maker is known. If you find one, there's likely to be a story behind it. That's the case for Miniature Mysteries of R. Vernon Cook. 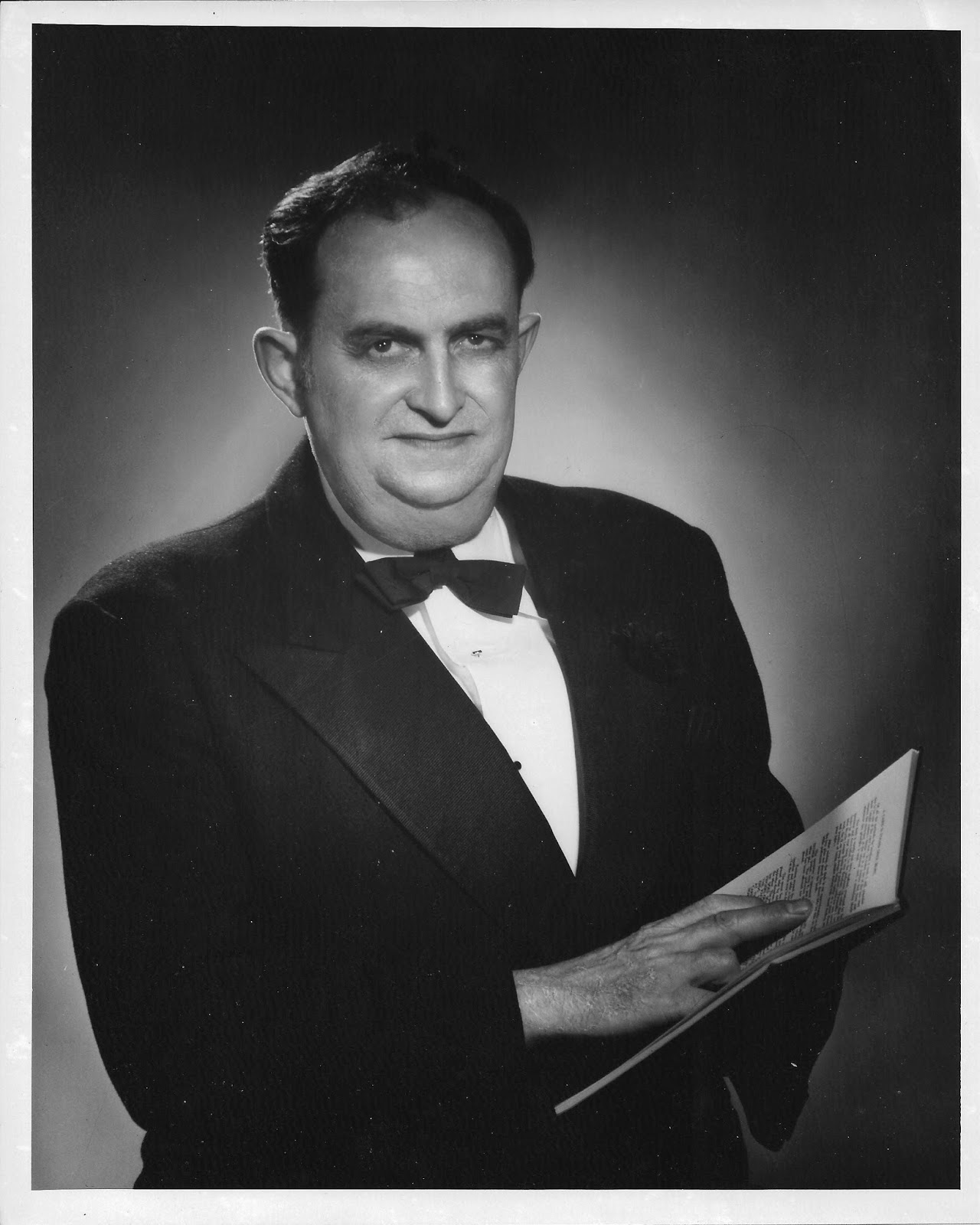 Vernon Cook was a 20th century magician born in Kansas and raised in Wyoming. He moved to Portland, Oregon, in the late 1950s where he worked in a tire factory, while his passion was magic. In the 1940s, during the height of his performing career, he was known as "the Montana Montebank".  He developed a couple of tricks that he marketed through magic dealers including the "Hot-Spot", a clever effect in which the magician's want goes into a block of wood but does not come out the other side. Surprisingly , the wand is absolutely solid. Cook was an avid collector of magic books and tricks, as well as a science-fiction enthusiast; he was a member of numerous magic societies, including the IBM (International Brotherhood of Magicians), of which he was a member for 25 years. 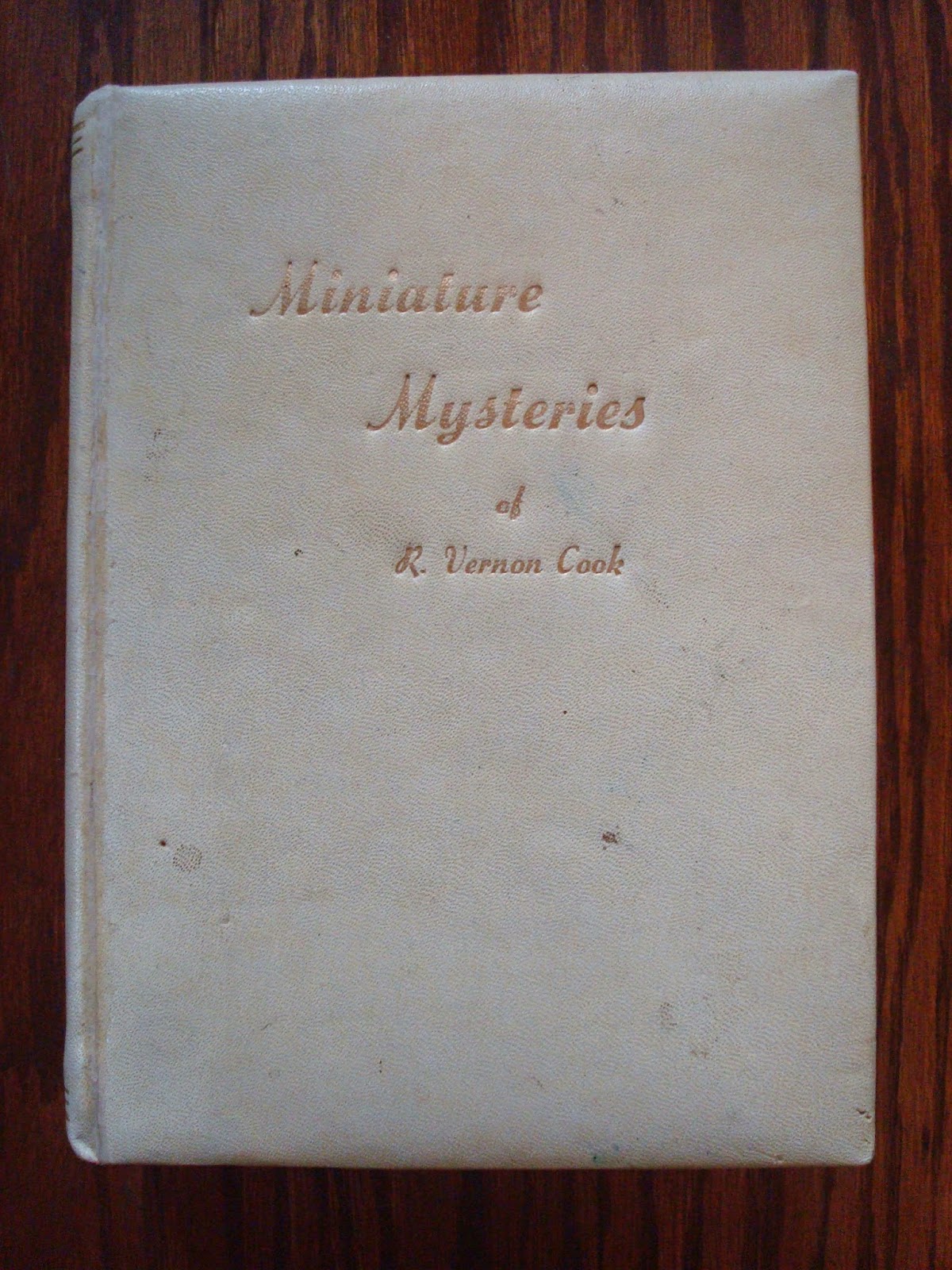 I don't know who made the box for Miniature Mysteries. It's possible that there was a binder or box maker who made these for magicians and may have advertised in magic periodicals. I haven't found that yet. Or, perhaps Vernon commissioned a binder specifically, which might account for the custom aspect of the box. The tricks inside are common table-top magic tricks involving trick thumbs, coin tricks, etc. 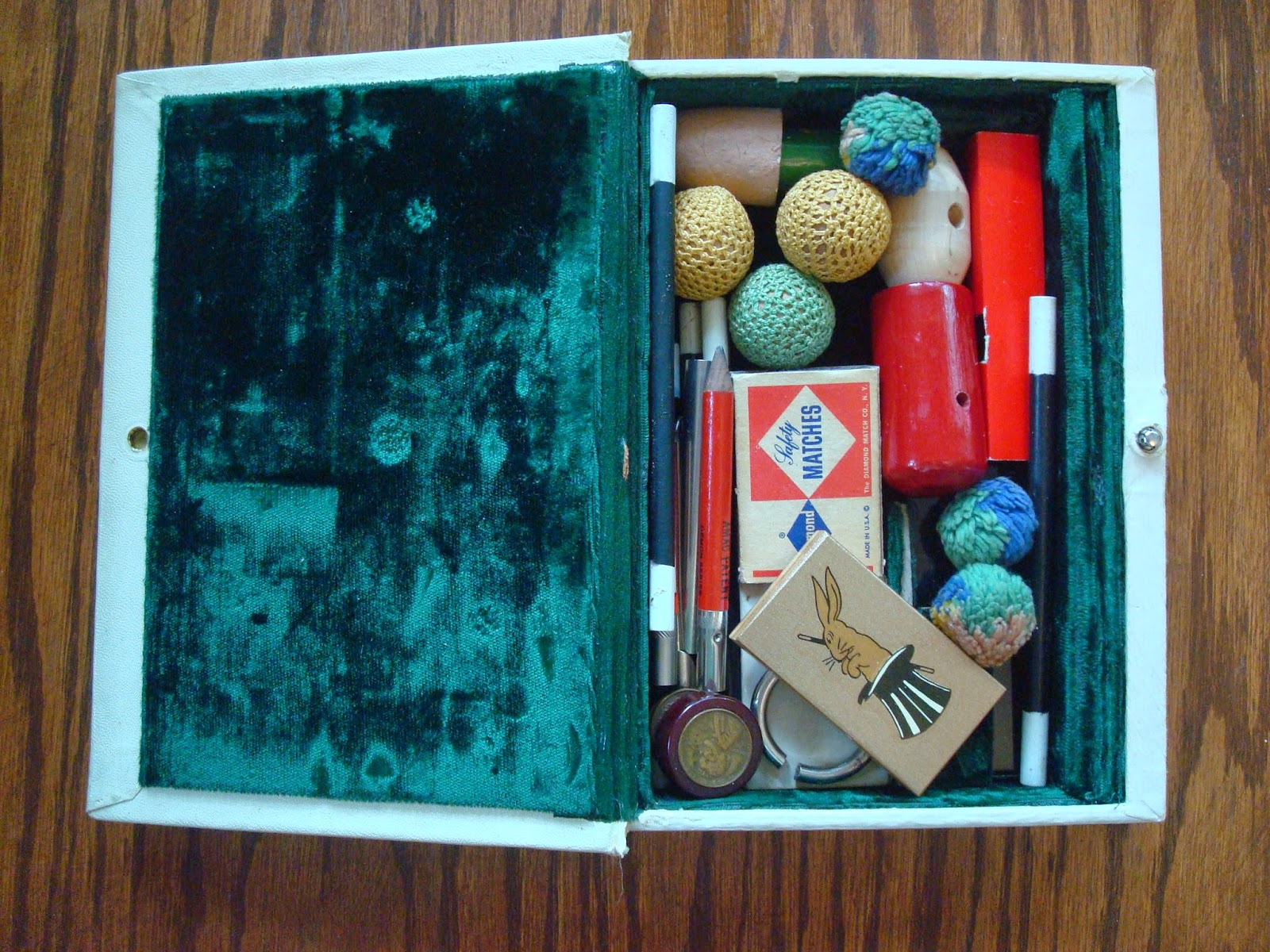 By the way, I'm looking for an amateur magician to perform book-related magic tricks at the opening of the exhibition of my collection at the Grolier Club. More details coming soon.
Posted by Mindell Dubansky at 8:20 AM