Hello again readers! Since the end of my blooks exhibition I haven't written much on the blog. I thank those of you who have noticed my absence and I am now beginning again by completing some of the blog posts I've had in draft form. I begin with a post on blooks associated with a group of American children's theme parks, or story book villages, some long gone and others still in operation. If you visit them, send pictures!

To me, some of the most interesting and affecting blooks are large and ephemeral. These include billboards, signs and stage props. But what could be more exciting than passing through a giant story book into a magical world? As a small child, I had that experience growing up in Baltimore, which was near the Enchanted Forest in Ellicott City, Maryland. 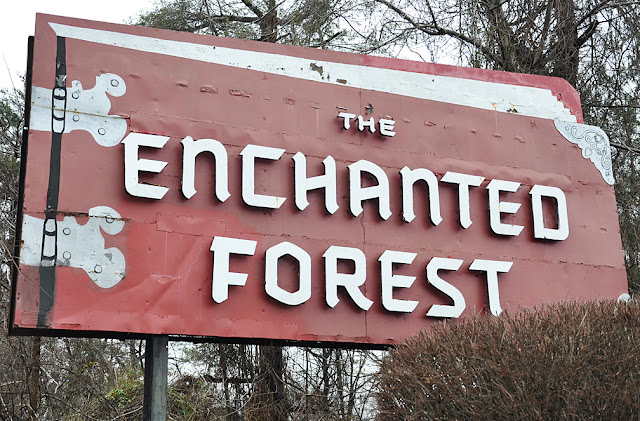 The Enchanted Forest was the first theme park on the East Coast and the second oldest in the USA (Disneyland is the oldest). It opened on August 15, 1955.  The Enchanted Forest was meant for the small children who were intimately familiar with Mother Goose and other fairy tales. It featured no mechanical rides or spectacular special effects, but was full of wonderful giant interactive sculptures that were illustrations of the familiar tales, such as the Old Woman Who Live in a Shoe. In its heyday, the Enchanted Forest hosted some 300,000 visitors annually. Admission was $1 for adults and 50¢ for children. The park began on 20 acres, expanded to 52 acres and later reduced to 32 acres. The park closed in 1988, when its owners sold the property to develop a Shopping Center.

After closing, Clark's Elioak Farm purchased and re-installed many of the original Enchanted Forest features. You can visit them still! See http://clarklandfarm.com/.

Where dreams are real and so are your story book friends!

Story Book Forest in Ligonier, Pa. is still in business! It is described on its website as a place where children can meet their favorite characters from nursery rhymes and children's tales and where parents and grandparents can revisit their youth and reminisce about simpler times. Story Book Forest was developed by C.C. Macdonald and Arthur Jennings, a performance clown who spent his summers entertaining guests at Idlewild Park. Working together, they made their dream a reality, and created one of the most fun and memorable things to do near Pittsburgh. Story Book Forest is a place for dreams and kids activities in Pittsburgh. 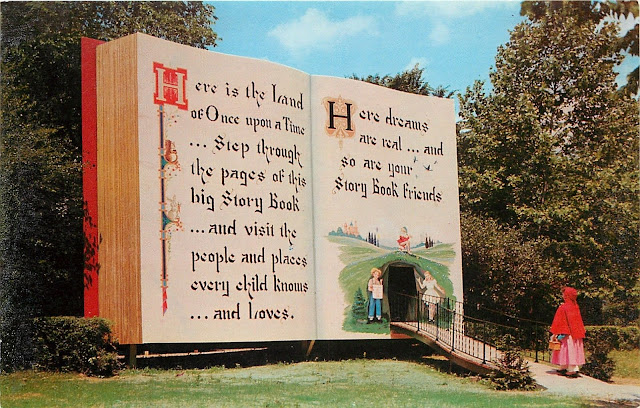 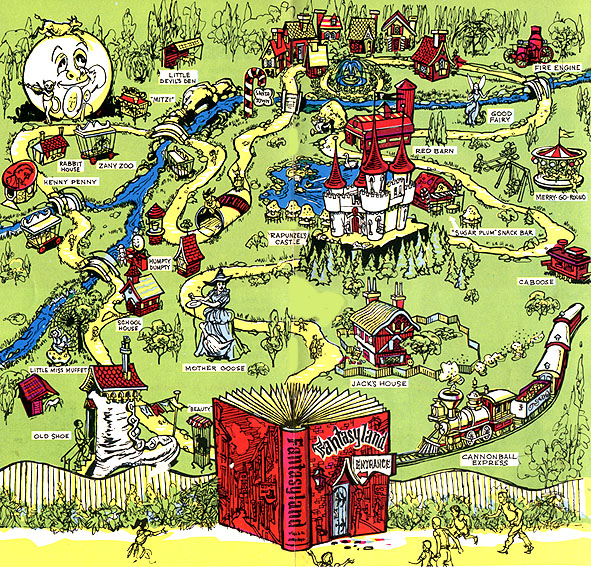 Fantasyland was in operation from 1959 to 1980. It was owned and operated by Kenneth and Thelma Dick on 23 acres (later expanded to 35) near General Meade's Headquarters, the present National Park Service Visitors Center. Noted for its beauty, tranquility and cleanliness, the story book land provided over 100 attractions. These included an Enchanted Forest and Santa's Village, Fort Apache (which was attacked by live Indians), Rapunsel's Castle, and more. 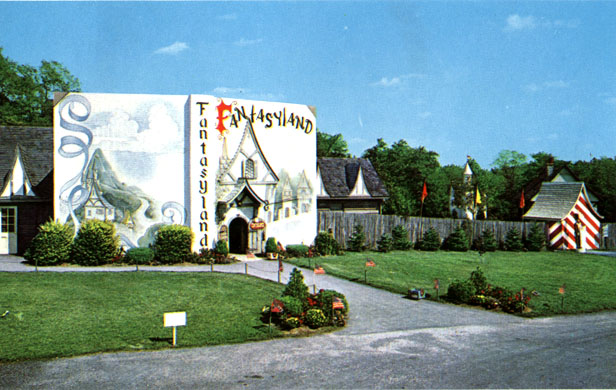 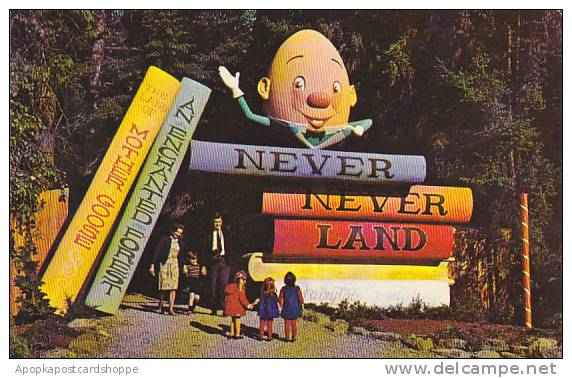 Never Never Land was a private attraction owned and operated by Alfred Peterson of Victoria, B. C. from 1964 to 1985. In the cool, green forest of cedar, fir and hemlock trees, where ferns and moss covered the ground, the stories of enchantment from Mother Goose to the Brothers Grimm were brought to life. 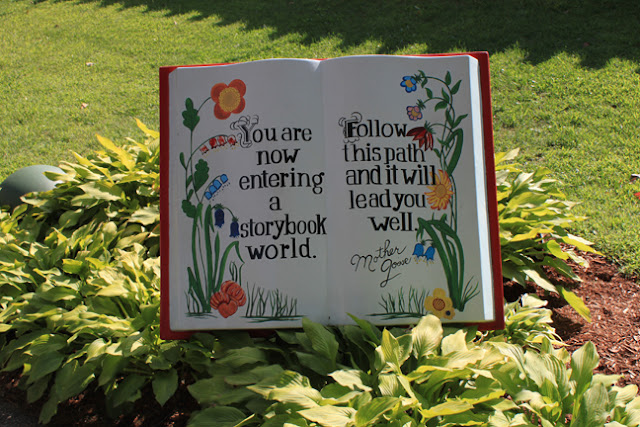 Need a little fairy tale magic in your family’s life? Look no further than Story Land in Glen, NH. Celebrating its 58th year of providing families with young children a treasure chest of memories in New Hampshire’s beautiful White Mountains, Story Land is not your average amusement park. Geared toward children ages 2-12, Story Land provides a gentler approach to your usual family attraction. 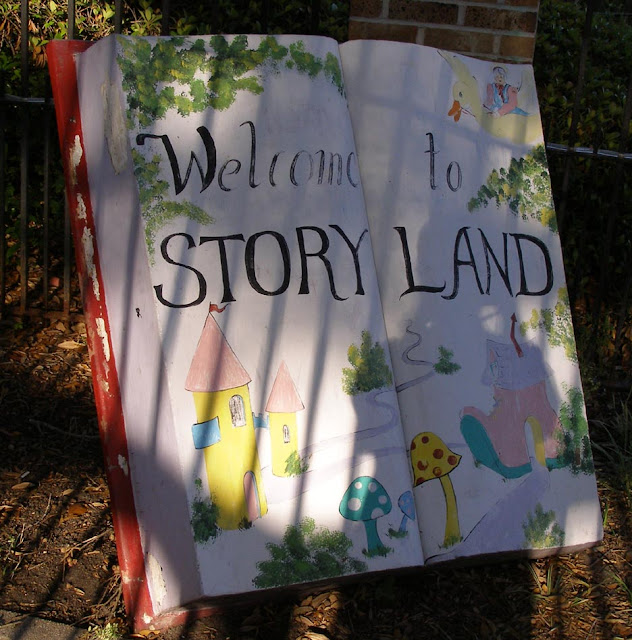 You can still climb aboard Captain Hook’s pirate ship, follow Pinocchio into the mouth of a whale or scamper up Jack & Jill’s Hill at Story Land in New Orlean's City Park. Fairytales and fantasy come to life before your eyes in City Park’s Storyland. This charming theme playground is a child’s dream come true, filled with 20 larger-than-life storybook sculptures featuring classic fairytale characters. - See more at: http://neworleanscitypark.com/in-the-park/storyland#sthash.jiTZGRnP.dpuf 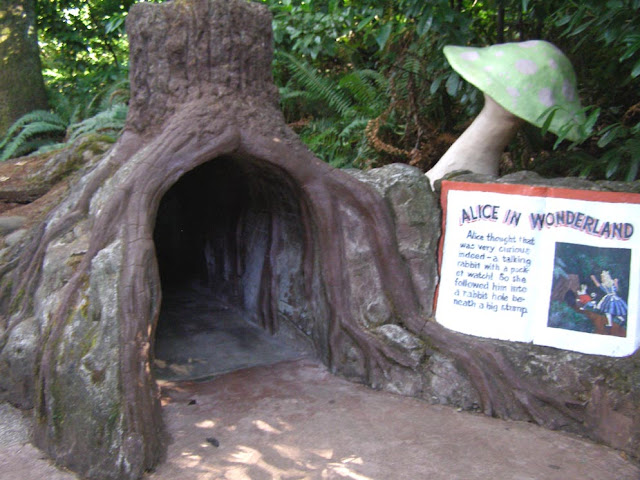 In the 60's, Roger Tofte, a young father realized that there wasn't a lot for a family to see and do together in Salem. He formulated the idea for a theme park where he could use his creative talents and though he had very little time or money to make his dream a reality, he persisted anyway. He purchased the original 20 acres of land and began construction in 1964. He repaired watches in his spare time to help finance his project and worked on building the park after work and on weekends. The Tofte's own backyard became filled with storybook figures and small buildings as Roger also used every spare second at home to work on his dream.

Roger originally thought it would take only two years to build the Storybook Trail, which was the first section that he needed to complete before the park could open. Finally, after seven years Roger and his wife Mavis hung up a piece of butcher paper saying "OPEN" on the fence and the first visitors entered the park. Over the years, Roger and his family have been adding to his dream with new additions to the park. Now, Roger Tofte, though still the ringleader of Enchanted Forest, has successfully incorporated three of his children into the business. For more on this theme park see:
http://www.roadarch.com/fairyparks/main.html
http://www.enchantedforest.com/history.html