A Glimpse of Gags

The last few posts have been devoted to serious collections of folk art. In contrast, my collection is an encyclopedic gathering of the full scope of book-like objects, from the most humble to the antique or rare. This post was written in response to a recent dialogue on the Book Arts Listserve on the subject of gag books. Gag books have been around as long as books themselves, at least since the 15th century. The objects I am showing in this post are American and date from the late 1930s-60s. These novelties were very popular among boys in the armed forces and in fact, they were marketed to them specifically. Having said that, the gags were ubiquitous throughout the period. They were geared towards children and adults and sold through novelty catalogs and comics, in toy stores and in in souvenir shops.

The gag books were made by a small group of small companies founded by immigrant entrepreneurs. "Fun's Henry Ford" was Sam Adams, born in Denmark and reared in New Jersey. You can read all about him in this Popular Science article from 1955, as well as see a picture of a worker making the famous exploding books. (By the way, check out page 169 for instructions on how to have a coat hanger party, so crazy.)  In addition to the exploding books, Adams was responsible for the hand buzzer and Cachoo Sneezing Powder. Adams' exploding books are altered books, with a tiny mouse trap fitted inside a cut-out in the text block. The trap could be loaded with common caps. When the book was loaded, it could be shown to an unsuspecting friend, who would open it and jump three feet in the air. Those I have seen have risqué illustrations and titles applied over the original covers, to temp the reader. Although Adams popularized exploding books in the late 1930s, similar novelty exploding books were made as early at 1909. I recently acquired one and may show it later.


Sam Adams also made trick snake books. Trick snake books were extremely popular as handmade toys in the late 19th century and enjoyed a Renaissance in the 1950s. Sam Adams' version was titled What I Know About Women and it was made in a number of binding variants and probably copied by other companies due to its popularity. The structure of the Adams snake book is one of many. In this case, it is a book and slipcase. The spring snake was scrunched into a vertical slot in the faux book and held down by a cartonnage cap. It was then slid into the slipcase. When the reader partially removed the book from the slipcase, the snake popped out, and very far indeed. What a surprise! 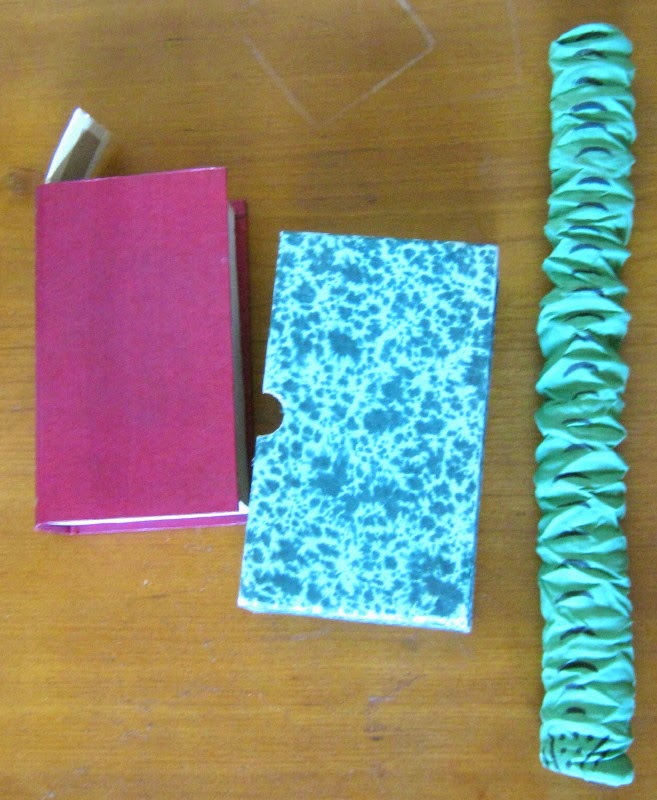 Below is another snake book from my collectin. Its title is Souvenir of Atlantic City and is quite small, only a few inches tall. The snake-popping mechanism is different from the one above. 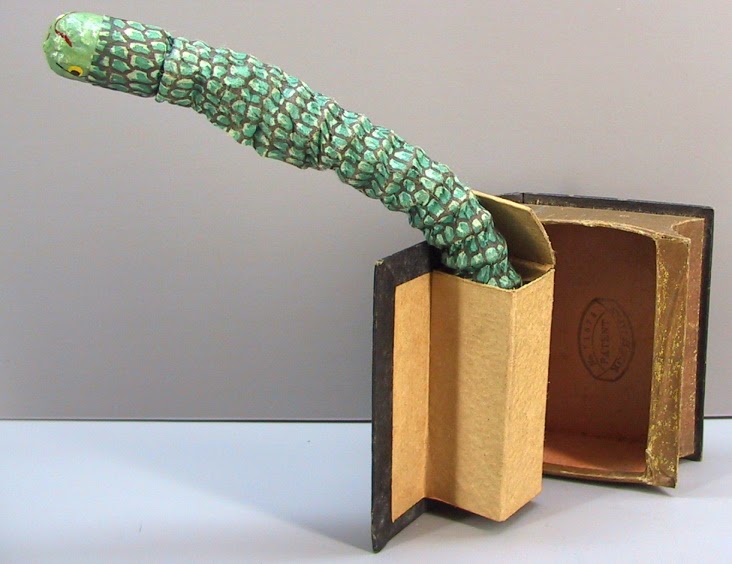 The electric shock book was a similar type of gag, but instead of exploding, it gave the reader a mild electric shock when it was opened. The Shock Books were made with numerous titles. The subtitle on the box shown below indicates there was "a title for every occasion." The one I have is titled World's Greatest Jokes by U. R. Laffin. World's Greatest Jokes was manufactured by the Franco-American Novelty Co. of New York City. It is quite a rustic object. Let's put it this way, the spine is duct tape. Still it is a very amusing object. 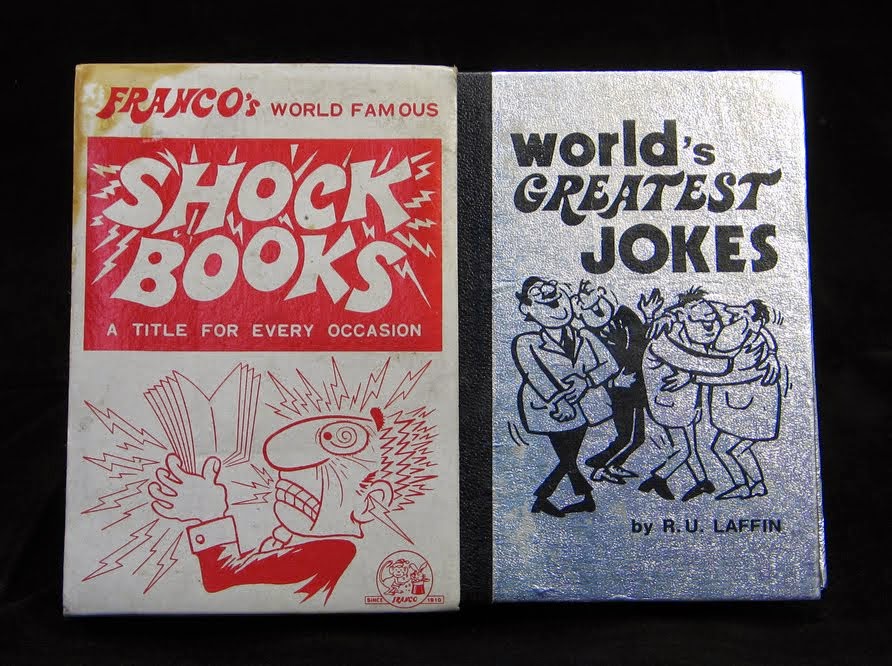 This isn't my copy, as I don't have the box, which is wonderful and very informative as it indicates the exploding book was issued in numerous titles for different purposes.


The last category I'd like to show is what is known as the punchline book, because it is a visual joke. The most prolific manufacturer of these was H. Fishlove and Co. of New York City. They certainly were geared towards men and are in pretty bad taste, so you have to look at them with an open mind in order to appreciate their humor. They would definitely be considered to be politically incorrect in today's world. Like the exploding books, they were made from altered books with new cover labels, cut-out text blocks and inserted punchline scenes. The word that comes to mind when I look at them is raunchy, but I love them just the same for their brazen bookishness.
﻿
So, that 's a taste of mid-century gag blooks, I hope you enjoyed the post!

Posted by Mindell Dubansky at 6:35 PM