How a Patent Can Shed Light on Blooks. Case Study, "Secrets of the American Cup"

When I first get a new blook or at the time of cataloging it, I look closely for any patent information and search for an original patent document. If the object is American, it couldn't be simpler, as these can be searched and downloaded using Google Patents. Many objects may have some version of "Patent Applied For" printed on them, but I'm fairly sure that while this was a deterrent to the theft of a design, most of these objects were never patented. Having said that, I haven't done a thorough patent search for objects in this category, so I could be wrong.

In the case of secret book flask, Secrets of the American Cup, or, The Cause of the Controversy (Vol. 1, by Richmond B. Stoehr), the patent information was subtly blind-stamped on the interior of the top opening flap. It isn't easy to read, but shows the name if the inventor (Charles A. Brackett) and the U.S. patent date (Jan. 13, 1903). There is a detailed photograph of the stamp below. ﻿

There are all kinds of great reasons to search for patents. What's so wonderful about them, is that you always find out something interesting about the object. Some examples of this are:
There are a number of blooks (as well as patented bookbinding structures) in my collection that I have found patents for. This is only one example. In this case, the patent shows that the inventor chose to illustrate this box as a candy box in the patent, although he does mention that it could be used for a bottle or flask in the text. ﻿ 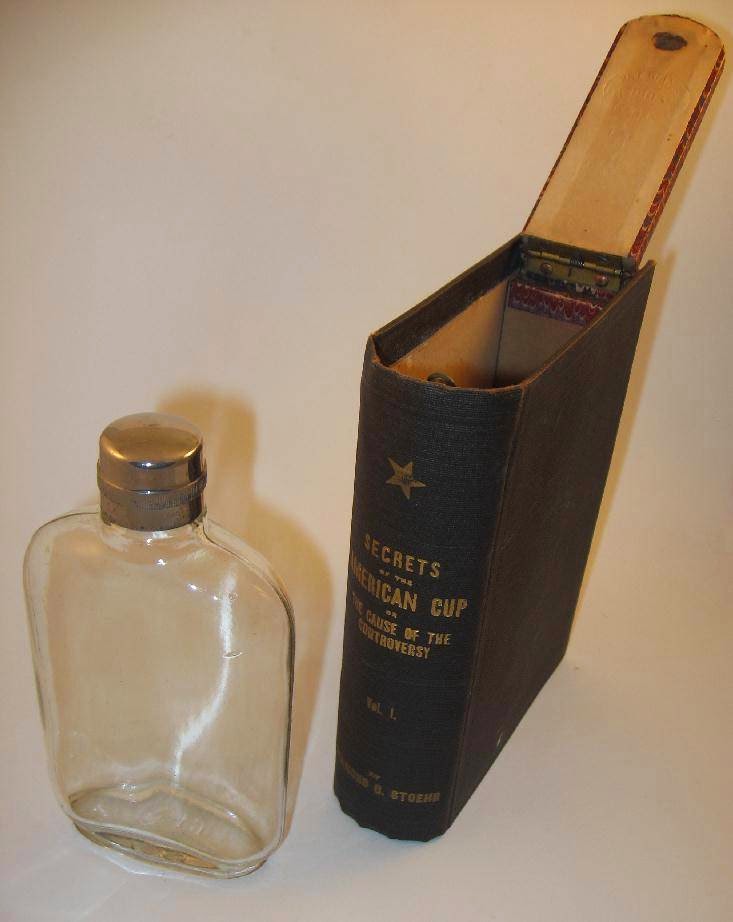 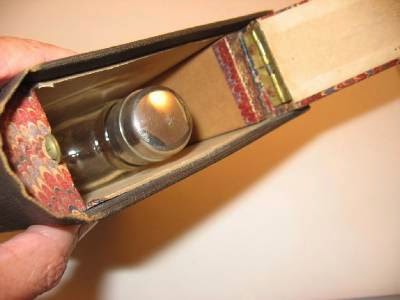 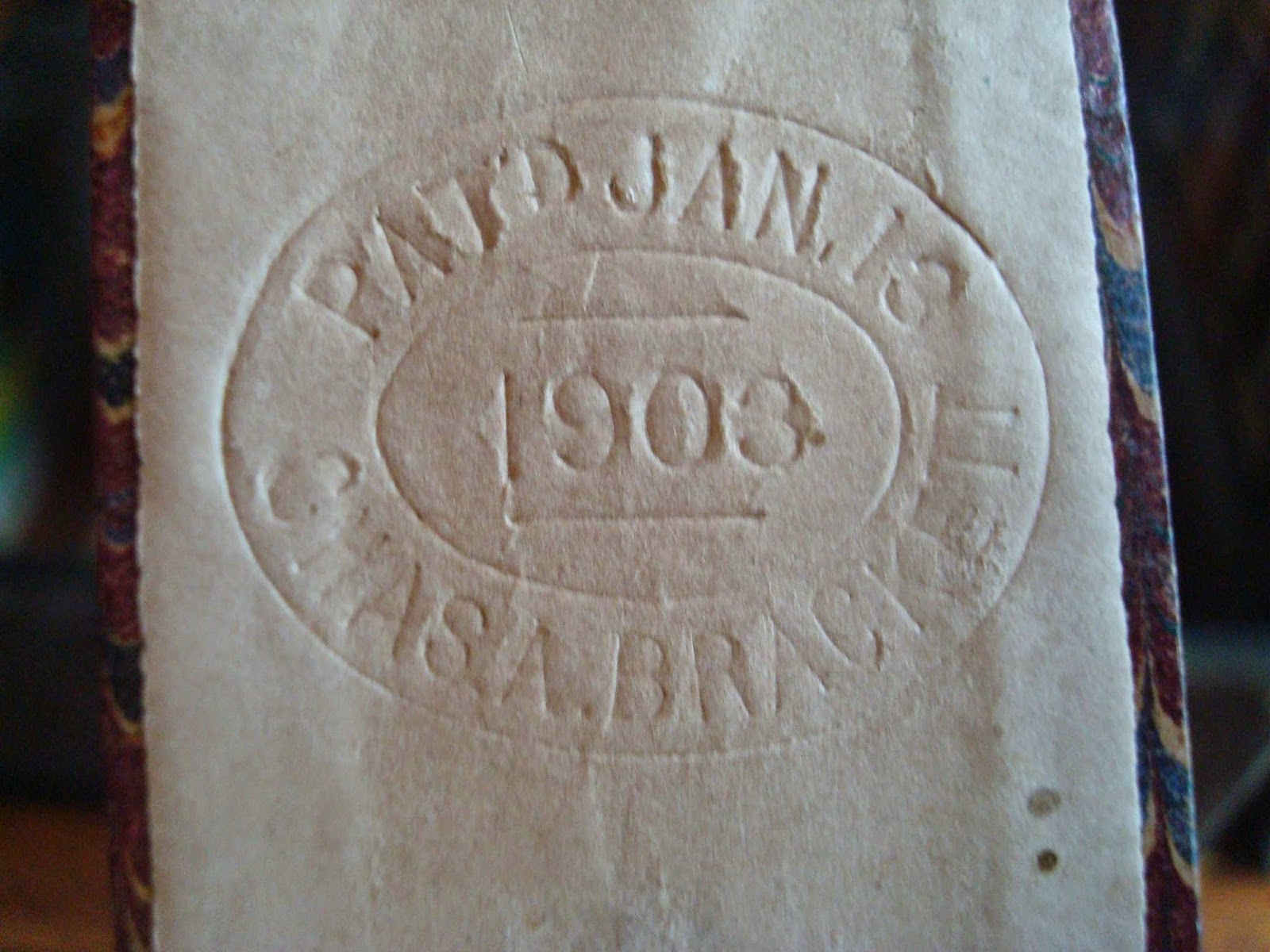 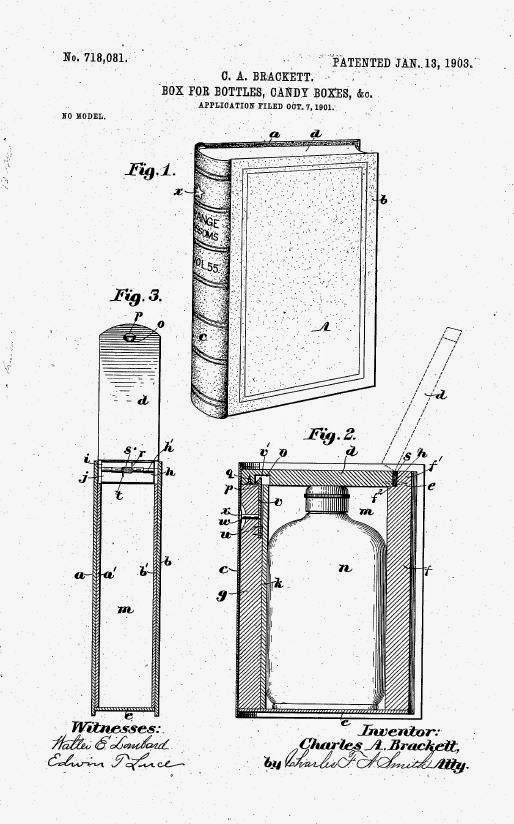 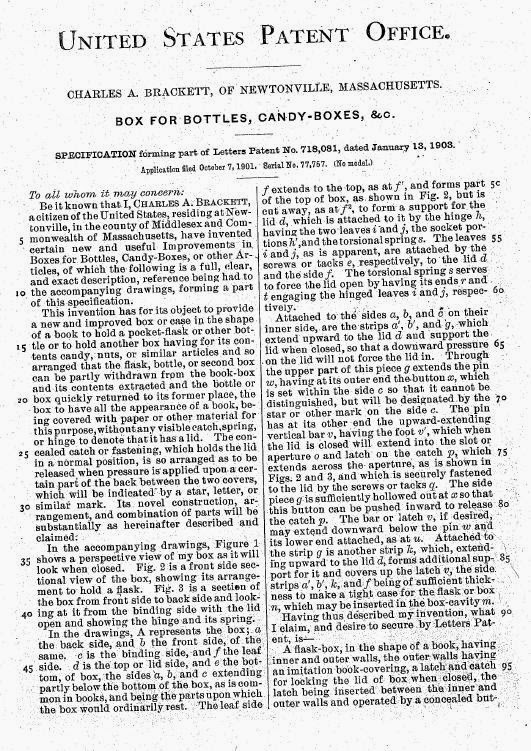 Posted by Mindell Dubansky at 11:46 AM