More Treasures from the Heckman Collection

In the post about my visit to Bruce and Lynn Heckman, I promised I'd create another post to show you a mix of the incredible objects that I enjoyed seeing and was able to get snapshots of. I could have gone on forever but we were going through the collection at break-neck speed and taking pictures was a distraction from looking. I did get a few though, and will share these with you here. I'll probably break them up into more than one post, so keep a lookout for more!

Bruce tells us that this is either an adult word game or a learning device for children.  GR stands for George Rex, King of England. It is from the late 18th, or early 19th century. 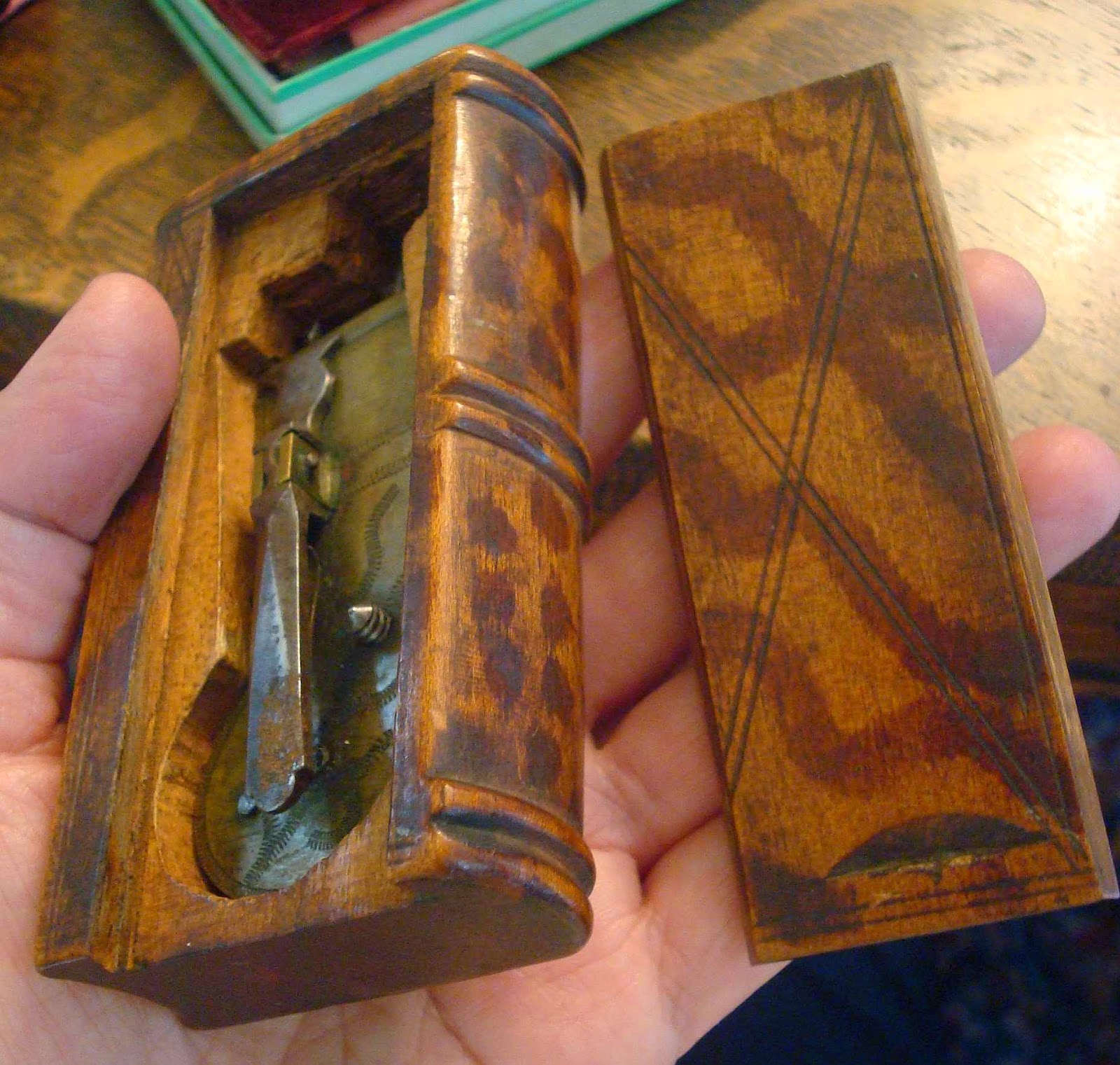 My personal favorite, a blook pincushion. The cushion has a 'bird' to attach it to a table and a post to hold thread for lacemaking:
﻿
﻿ 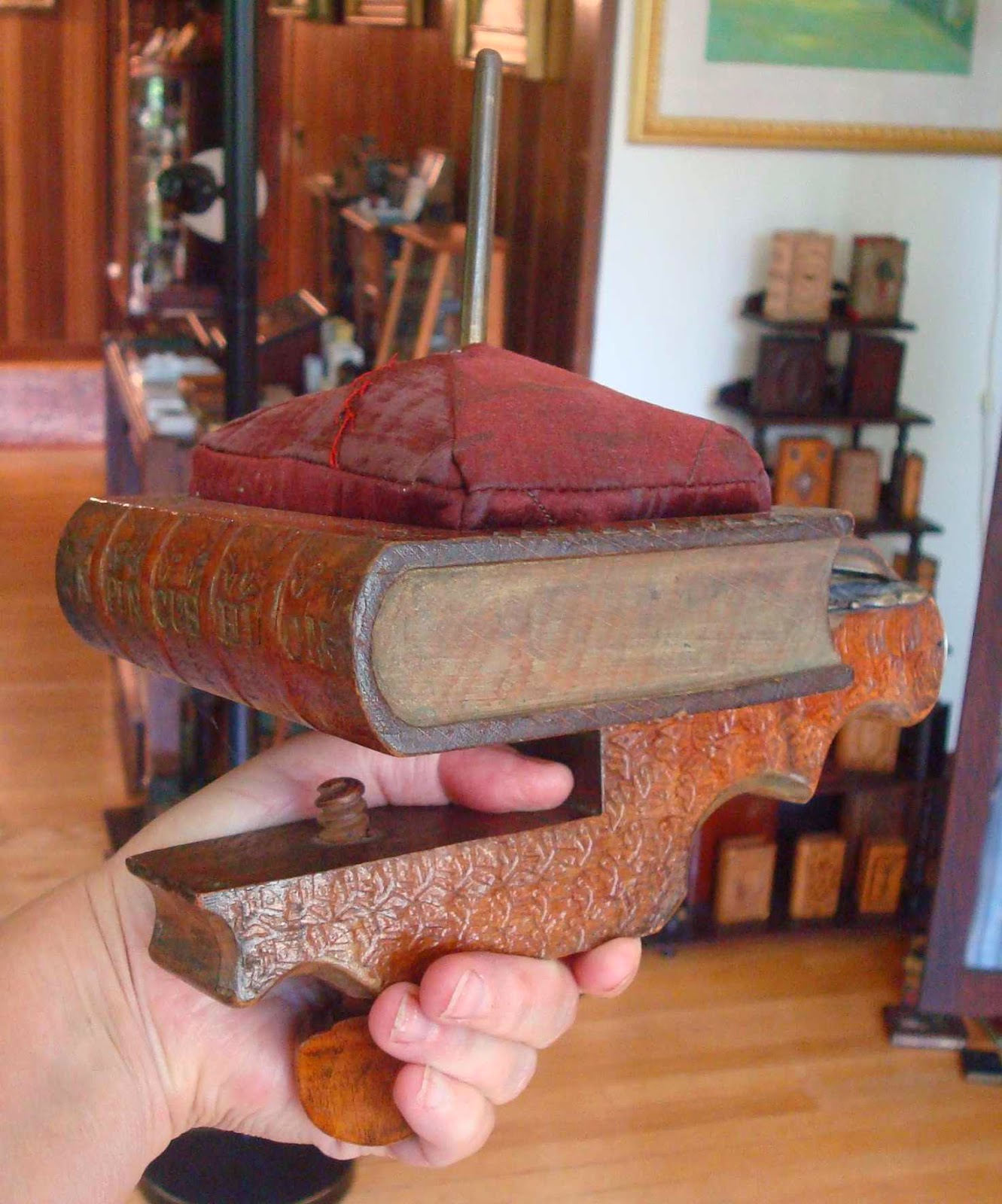 A toleware pencil box, dated 1874 (American). The case shows wear, but Bruce says it's the only one he has seen, as yet: 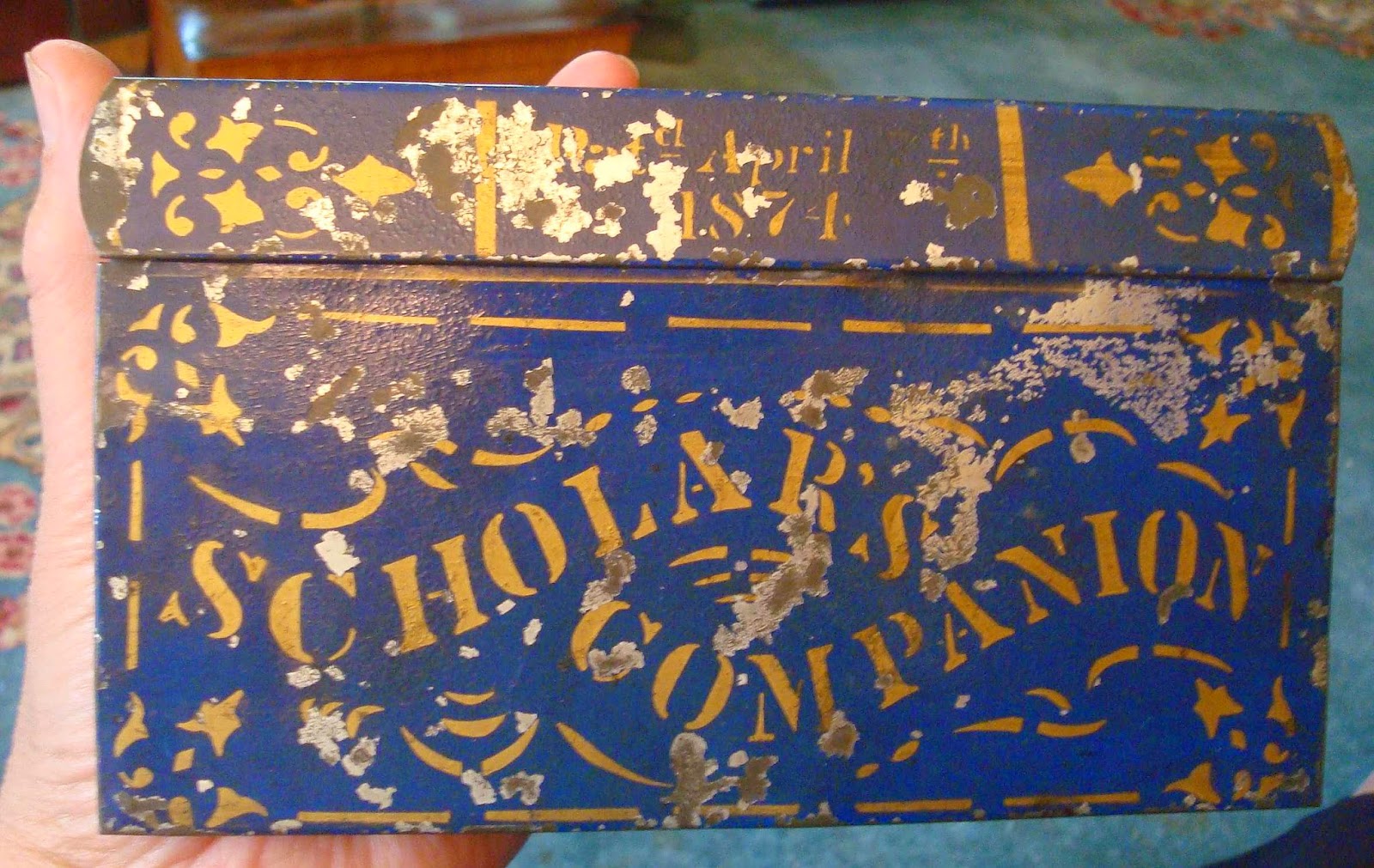 ﻿
Bruce wrote to tell me that he is working on a post on his trick snake books.
You are in for a treat...
﻿

Posted by Mindell Dubansky at 2:49 PM