I was surprised to come across this English book (1903) that depicts a book-shaped game board on its cover (see the lower left corner). While I haven't seen other titles from the Club Series and I don't know how many titles were included, I'm assuming that this was a popular game book series and that this binding design appears on all of its titles. It's the first time I've seen a blook as an illustration. Its prominent presence on the cover is obviously an indication of how familiar people must have been with book-like game boards at the turn of the twentieth century.
Perhaps you have seen book boards in antique shops and flea markets. There are still quite a few about today, although many are worn and damaged from years of use and the degradation of materials. They often have catchy titles, I have one named Evening Pastimes, Vols. 1 and 2. Once again the book form is a perfect vehicle for a container, adding interest and style to whatever it is applied. 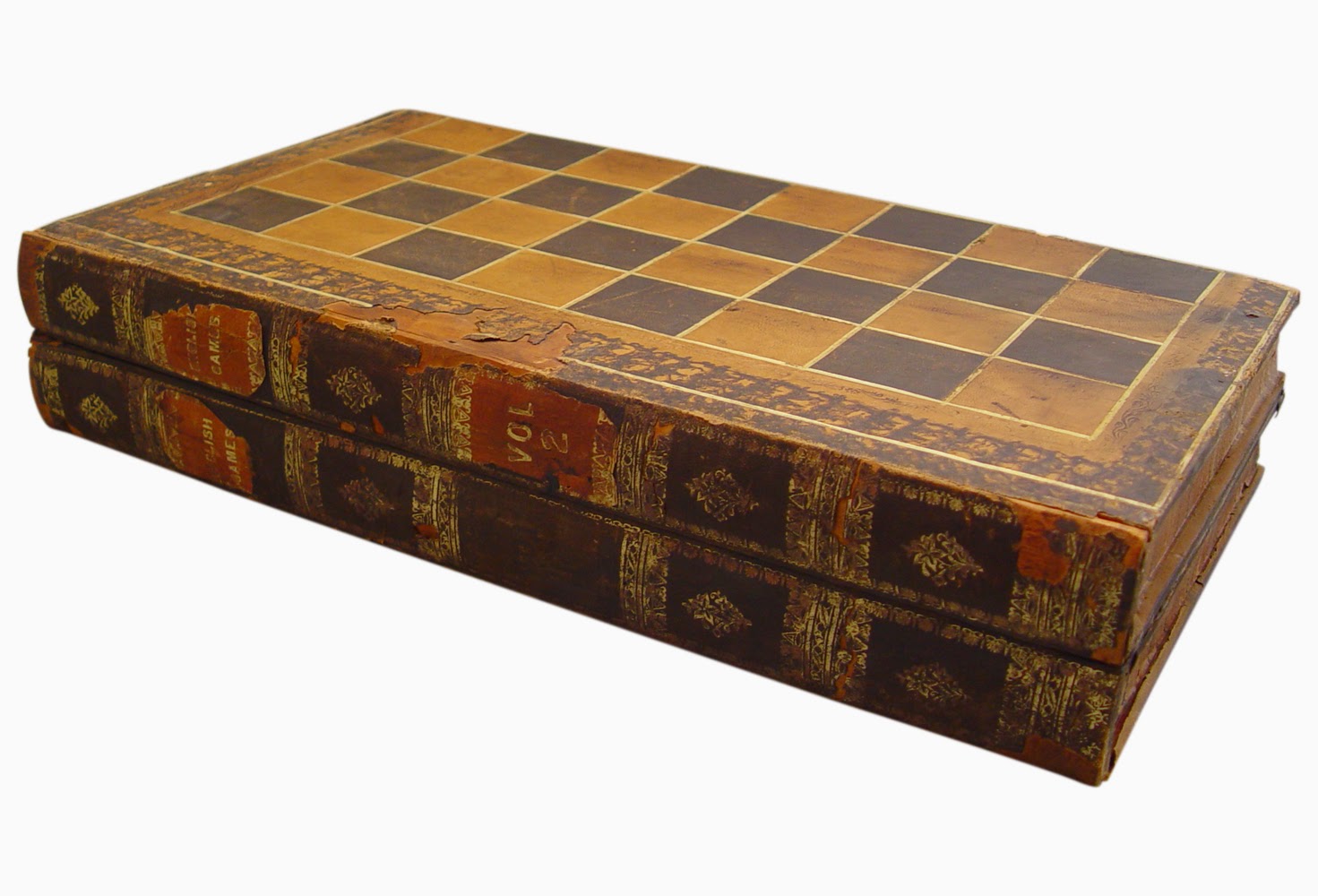 Book game boards from this period (late 19th-early 20th centuries) are usually for the games of chess, checkers and backgammon. On the board above you can see what an example of a two-volume game boards for chess, checkers and backgammon look like. This is one of many different variations. With its gold-tooled leather binding, it could easily be mistaken for real books if it was placed on a bookshelf. I have also seen the boards covered in paper, printed in chromolithography and in rustic handmade versions carved from wood.

This is a similar board, but a less expensive version, covered in printed paper (chromolithography), rather than leather. The title is  Life of Hoyle, in two volumes. It is most probably a play on the popular book Hoyle's Rules for Playing Fashionable Games, published in many editions since the late eighteenth century. 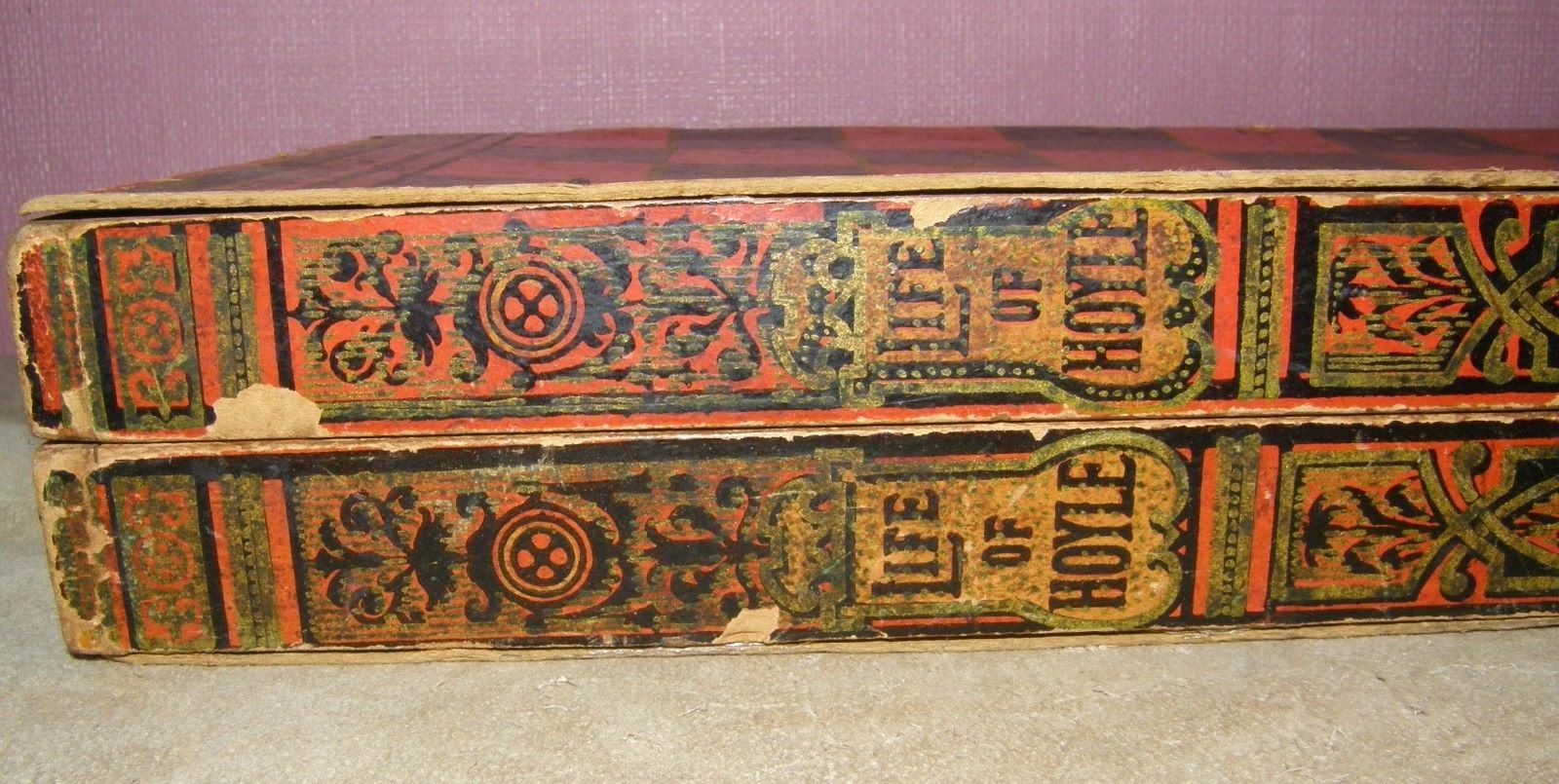 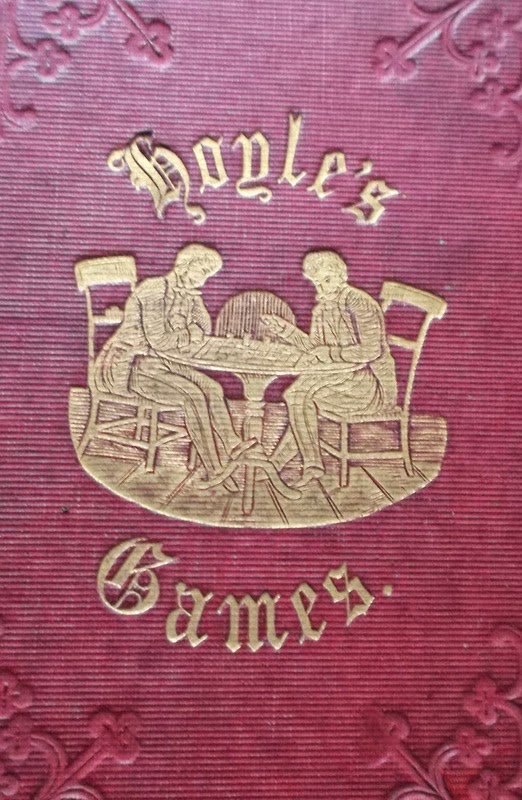 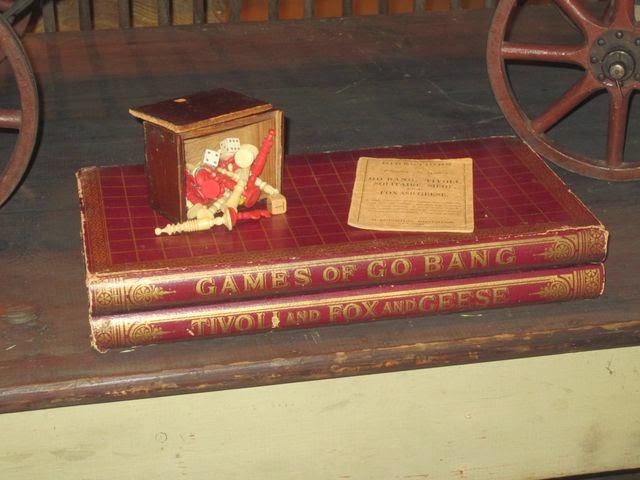 The Games of Go Bang, Tivoli and Fox and Geese is another example of a book game board, less common than the chess/checkers/backgammon version. I have a copy in black but you can see here that it was also made in a dark red paper version. You can see it in person if you attend my exhibition next winter at the Grolier Club.

I hope you will all send pictures and descriptions of similar boards or other titles from the Club Series that you may see or have. Many games and puzzle containers are still made in book form today, it's an abiding tradition that has lasted more than two centuries. For an example of an even older book game box, see this post about the Heckman collection.


Posted by Mindell Dubansky at 8:42 AM