Ian Berke collects stone books, and only stone books. I recently met Ian when he was visiting New York from his home in San Francisco. Eve Kahn, who wrote an article about both of our collections in the NY Times, brought him to the Met to meet me and from then on we've kept in touch. Eve had promised me that things happen when her articles appear and they have. Meeting Ian and other collectors has been a wonderful benefit of the publicity. Recently, Ian and I received an enquiry about stone books from a NY Times reader. Ian kindly granted permission for me to adapt his thoughtful response for this post. It provides some of his insights into the nature and history of stone book objects. The photographs are from Ian, the captions are mine: 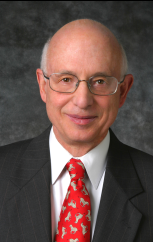 So few people collect (much less know about) stone books. I've been collecting them for about 15 years and have nearly 300.  I am trying to write an article for MAD (Maine Antique Digest), and am doing a statistical analysis of the books (i.e. percentage with female names vs. male names, dates, iconography, inscriptions, etc.). There are generally two types of books: tourist/souvenir books and personal books. Although I have a number of tourist books (Garden of the Gods, etc), the personal books are far more interesting. My feeling is that most were done as after hours work by stone cutters as gifts for friends and lovers.   They tend to be much more skillfully done, but there are also those that are charmingly folky. Clearly done by those with no stone cutting skills. The use of the closed book seems to me to be a reference to the Bible, which was important to 19th & early 20th century Americans in a way that is difficult to appreciate today. Many books have explicit religious iconography or inscriptions (Holy Bible, crosses, anchors, crowns, etc) but most do not.   Some are clearly memorials, and may have tintypes (or later photos) set into the cover.

Provenance is something that has driven me crazy. I had expected to find many with accompanying documentation saying "my grandfather carved this in 1885, etc, but in fact once the book has left the family, nearly always any record of ownership disappears. A very very few (3 out of 300) state "made by _____" but they are rare. Most books are carved from marble, siltstone, limestone, slate (rare), and other sedimentary rocks.  Marble obviously a metamorphic rock. Harder stones, such as granites and diorites are rare presumably because it was much more difficult to carve. Agate, which is quite hard (Mohs 7), is usually restricted to very small books. Alabaster and catlinite (pipestone) is also seen.   Catlinite more for tourist books from Minnesota. Italian books are immediately recognizable by the use of different highly ornamental marbles carefully fitted together.


There are also prison books, done by inmates, most from the Iowa State Penitentiary in Anamosa. I have 3 or 4 really good ones. Stone books are getting harder to find, especially the ones with inscriptions. I am particularly interested in dated books, which show that most were made from about 1870 through 1910. My earliest is 1857 and the latest 1937, but those are real outliers.  I go on forever.

And a few more of Ian's stone books photographed on a background of one inch blocks, for scale:


Joey sent a comment on the Heckman collection post that leads us to a blogpost on another stone book: http://anonymousworks.blogspot.com/2014/03/19th-century-folk-art-carved-odd.html

UPDATE: There is a new article (April 2015) out on Ian's stone book collection in the Maine Antiques Digest.
Posted by Mindell Dubansky at 4:37 AM