Since it's July 4 and you will all have your smart phones out documenting everything in sight, I thought it would be a nice day to reflect on the blookish predecessors of the camera.

Older book objects that fit into the theme of photography are ingenious, elegant, well-made and of great historical significance. They were made over a long period of time and are still being made today, but newer ones are not always so fine.  This genre of blooks includes book cameras, daguerreotype cases, security devices, book safes, lockets, view finders, photograph storage containers and more.

Book cameras evolved from the late 1880's and throughout the 1890's, as detective or concealed novelty cameras (even earlier if you consider the camera obscura, some of which were made in book form). I don't think that they could have really fooled anyone when they were in use, as the photographer's posture must have been awkward in comparison to an actual scholar rushing to or from the library; it would be nice to see one in use. In most cases, great pains were taken by the manufacturers to create a realistic impression. This is especially true in the case of the Scovill book camera featured below. This camera is made to appear like a parcel of three nicely bound books, in full-leather bindings and gold-tooled leather title labels -- French, Latin and  Shadows. Book cameras were produced internationally in the late 19th century, by a number of manufacturers in numerous single and multi-book formats. I'll show you one of each below.

This unusual camera is in the collection of the Swiss Camera Museum. 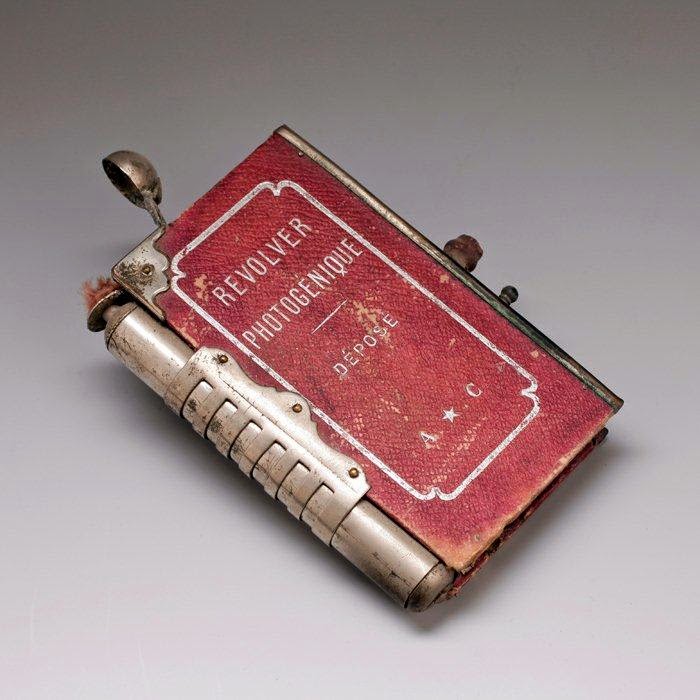 To the best of my ability I will explain this camera. The Revolver Photogénique is a detective or concealed book camera that produced its own light source in order to better capture movement. By actuating a pull-tab on the side of the camera, a dose of magnesium powder  was dropped into a reservoir. The powder was then channeled to the flame of an alcohol lamp (cylinder side), controlled by a damper.

Here is an engraved image in an advertisement showing it with it's squeeze bulb and an interior view. This image is from a website that suggests that this camera was also a gun. I do have another toy book spy camera in my collection that shoots three plastic bullets, but the Revolver Photogéniqe is not an armed weapon, although it could be dangerous. 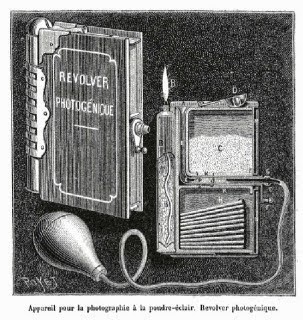 Seen below, with an advertisement that sheds light on its context, is Scovill's Book Camera (American), introduced in 1892. From the advertisement, we see that the book camera was marketed to ladies as well as gentleman, that it was relatively light and compact, and that its book-disguise avoided the then-common adverse reaction of the public to the common box camera. Isn't it difficult to imagine a time when hand cameras were universally avoided by the public? How we have changed! If you would like to see the Scovill camera in person, there is one on display in the George Eastman House, in Rochester, New York. 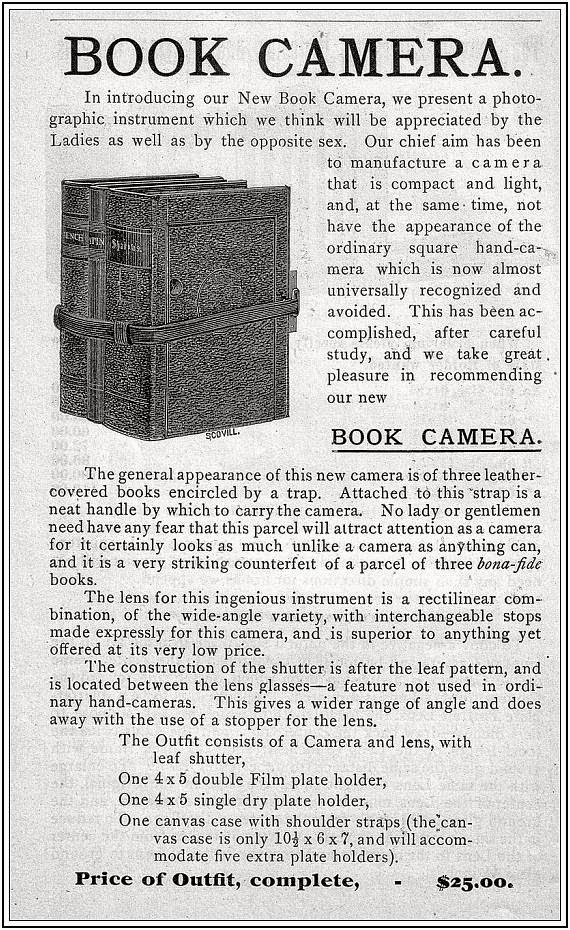 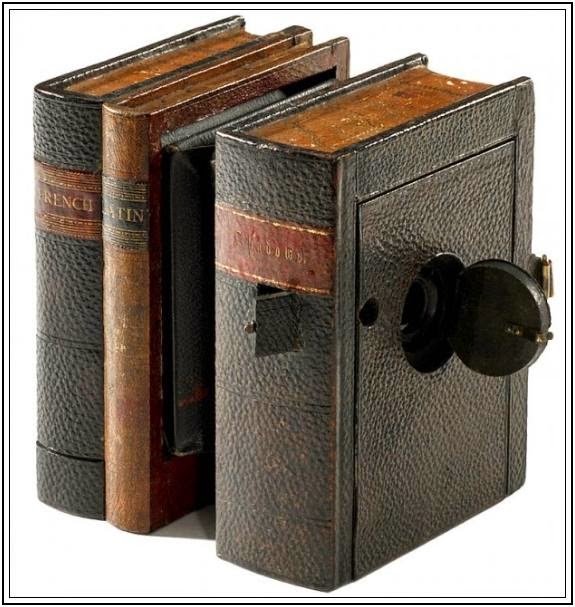 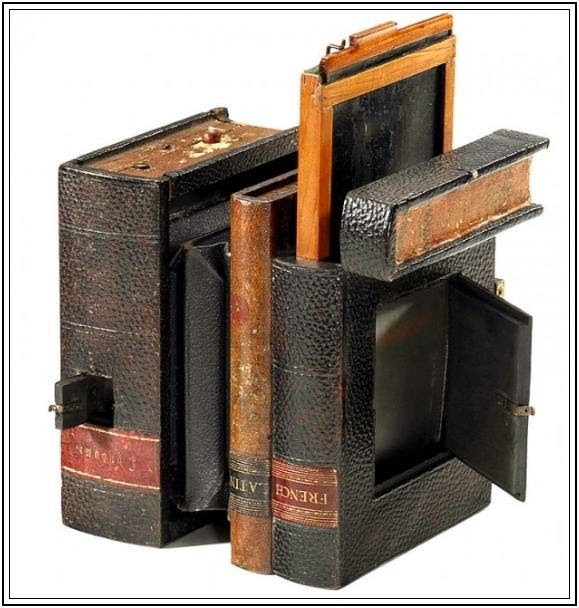 Just to give you an example of a newer book camera, here are two from my collecton. A Russian children's book, made in Japan and The Secret Sam Spy Dictionary Camera that shoots three plastic bullets (I love books that have extra jobs to do). 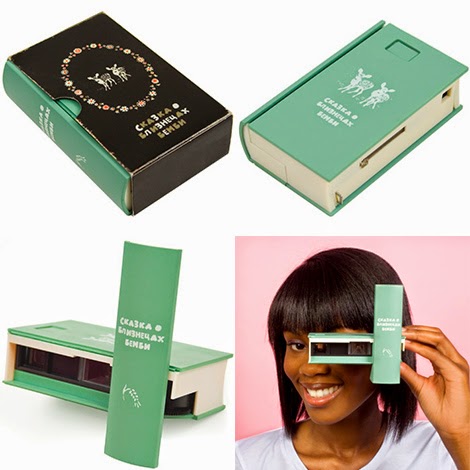 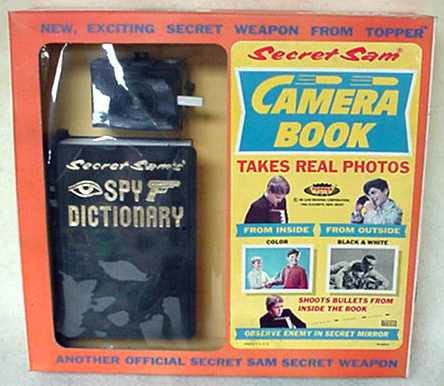